The Favour of the King

The Favour of the King

Like many others, I enjoy keeping up with the British royals. The birth of the newest prince in July was exciting, not only because of the happiness of the young parents, but also because of all the history behind that little boy. 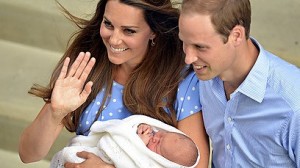 As I’ve read about kings and their courts and watched historical television shows and movies, I’ve noticed not only does the head that wears the crown lie uneasy (Henry IV, Shakespeare), but so did the heads of many in close proximity to the king. Anyone could be enjoying his favors one day and be on the chopping block the next. Even those closest to a king weren’t safe. In the days of Henry VIII, heads rolled with alarming frequency.

In times past, kings arbitrarily decided whether or not someone pleased them. They often used people to further their own agendas. The court and sometimes the whole country held their collective breath when a king died, as they didn’t know if they were better off with the tyrant they knew or the one to come.

It’s easy to see why legalism came about and why we confuse God’s nature with characteristics of leaders, fathers and others in authority. To those living under a monarchy, the king was almost on the same level as God. What he said was law and everyone was at his mercy, even if they thought they were too far away to be noticed.

When we misunderstand who God is, we might think he also makes arbitrary laws, that we are at the mercy of his wrath and if we stay far enough away, we can fly under the radar. After all, he’s probably too busy to worry about everyone. He’s way off in heaven somewhere. Or we think if we can just stay in his good graces, we’ll be safe. For many, it’s all about gaining his favor by being good enough.

But God isn’t like human kings. He rules the universe with love, mercy and grace. He’s not arbitrary in any way and doesn’t play games with our lives. He values and respects us as the children he created. He doesn’t decide who lives and who dies on a whim, but allows us to live out our lives and make our own choices for better or for worse.

None of us, no matter what choices we make, have to worry about whether or not we are in the good graces of our King Jesus. We live in God’s grace – constant, loving and complete. He doesn’t put limits on his grace. He doesn’t give it one day and take it away the next.  We don’t have to earn it. Grace is always available, always abundant and unconditional, just like God’s love. Under the love and care of our King, our heads can rest easy on our pillows, for we always live in his good grace.

Permanent link to this article: https://hobart.gci.org.au/?p=283