What is Truth? Sermon series

Jesus Went With Him

“The world is so empty if one thinks only of mountains, rivers and cities; but to know someone who thinks and feels with us, and who, though distant is close to us in spirit, this makes the earth for us an inhabited garden.” This quotation by Johann Wolfgang Von Goethe captured my imagination during my inward-looking, emotion-laden teen years. I had friends and a loving family but I often felt no one understood me, not deep down inside. I didn’t even understand myself at that point, but most teenagers don’t, and it doesn’t always change as we become adults. 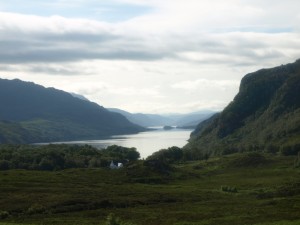 The desire to know someone who is close to us in spirit is a universal one. We all want to be known, understood, accepted and loved just as we are, no strings attached. But this world can be a lonely place. Most of us feel alienated at one time or another, either from friends, family or the world in general. Even with lots of loving support, which is vital to our well-being, we have to do many things on our own ‒ job interviews, driving tests, surgery. No one can help or even hold our hands.

I imagine Jairus was feeling quite alone as he faced the pending death of his daughter (Mark 5). The family was no doubt gathered around to share the burden, but ultimately the pain of losing a loved one takes place in each individual mind and heart. Jairus carried that pain with him as he approached Jesus in the midst of the crowd. When he saw Jesus, he fell at his feet and pleaded with him to come and heal his daughter (verse 23). Then something amazing happened – Jesus went with him (verse 24).

Many must have wanted his attention that day, including the sick woman who touched his robe. The crowd was full of people with diseases and problems, some perhaps as severe as Jairus’ daughter’s illness. But Jesus, without any discussion or excuses, simply went with him. That act alone must have given Jairus encouragement and strength to face what he would find at home, especially when messengers came to tell him his daughter had already died. Jesus didn’t desert him at the news, but continued to walk with him to the house.

Jesus has not changed. He still has his Father’s loving heart, which is always turned toward our hearts, thinking and feeling with us, knowing and understanding our suffering. He goes with us into those situations we must face alone and doesn’t turn back when the going gets tough.

During those times when you feel most alone, remember Jesus is with you. He walks with you down the lonely, difficult paths, even the steep, rocky ones with no flowers or trees to brighten the way. He is close to us in the Spirit and he is the one who makes the earth an inhabited garden for us.

Permanent link to this article: https://hobart.gci.org.au/?p=320